What is the origin of the Superblocks? (shortly, what main problems did you want to solve)

Before the Industrial Revolution, Barcelona was an old city center surrounded by the city walls (Ciutat Vella) and all around it there were some autonomous towns. In the middle 19th century, a new urban plan for the city was designed by the urban planner Ildefonso Cerdà. It was a wide streets squared pattern called l’Eixample (Enlargement) that linked the old city and those former towns around it, turning into a big city that we know nowadays.

The main purpose of this enlargement plan was to grow the city but to do it in hygienic conditions.

In the 1960s Barcelona started a period of economic expansion, and since this Eixample streets were wide enough, the city filled of private vehicles either moving or stopped. At that time politicians objective was to reach more fluency for those private vehicles. All streets (even the smallest ones) were designed to fit as many cars as possible, and sidewalks were sometimes almost invisible. Cars were collapsing the city, and street noise level and air pollution were really high (until nowadays).

But in the 1990s, according to the International trends, some urban planners started to study how the city would react to take cars out of the streets and give priority to the pedestrians. And they started to develop the theory of the superblocks that has been used as a base of these days actions.

The first change improving pedestrians mobility (instead of car fluency) took place in the 1990s in Gràcia District. Gràcia is a former town with narrow streets and low buildings. The City Hall decided to take out cars of the streets (no more parking allowed) and all local streets were converted to one level platform. The whole traffic system was reorganized in order to avoid cars crossing from one and to the other of the neighborhood. Thus, the neighborhood transformed unmistakably and walking people invaded the streets. But this was only about mobility.

The main transformation of the city by Superblocks has come the last 8 to 10 years when planning the Superblocks program in l’Eixample. It is not only a Mobility strategy but a social transformation, a green area enlargement, and an environment improvement. In the end it is a city projection towards the next future challenges.

You are in the middle of a major transformation of Barcelona’s traffic system. What are your strategies for the ongoing process? What further changes are to be expected?

In my opinion the main change is the conviction that we must give priority to the pedestrians, bicycles and public transportation instead of private vehicles. And this conviction is getting more and more spread among people in the city.

In this sense, in the last years Barcelona has bet for improving the public transportation system (has increased the metro line system, has created a tramway line on the two ends of Diagonal big avenue that crosses the city, and has transformed the old winding bus system to a more efficient vertical/horizontal lines organization). And in the last years, the cycle lane system has highly increased until almost 200 km.

But we still need to improve the pedestrian network in the city, and this is the main objective in the years to come, so the City Hall policies are:

Sustainable mobility in the city is based on a balance between active mobility and the car and other logistics that is still needed. How does this balance work in a city like Barcelona?

As I said before, Barcelona is experiencing a transformation towards the active mobility.

Nowadays we calculate that only 25% of the people movements in the city take place by private vehicle. But on the other hand, private vehicles use up to 75% of the public space surface of the city in some streets. So we have to focus on two targets to reach this desired balance:

How are the changes being accepted by the people of Barcelona? How do you communicate with them?

In summer 2016, we built the first superblock in Cerdà pattern (in Poblenou area, the lowest density area of this pattern). At that time communication with the people who live there was not very extensive, so some people did not understand the transformation and turned against it.

For the second superblock in Sant Antoni (a central high density area), the City Council promoted a really extensive ‘action plan’ with neighbors, school representatives, commercial associations, and all other local representatives, that analyzed, discussed and proposed solutions that were taken in account in the further projects. After this superblock construction, acceptance has been really good. Most of the neighbors really enjoy it. And the best is that other neighborhood of the city are demanding the same solutions for their streets! By the way, after a few years most of the people in Poblenou also enjoys their first superblock construction.

What makes you most proud so far and why?

I’m really proud of being part of this amazing project that will transform my city in the next years. In my opinion this is the most extensive transformation of Barcelona since the Olympic Games of 1992. And I’m sure this superblocks program will be studied at Catalan Architecture/Engineer school so it is such a privilege to be part of this. In the end this will improve people’s life! 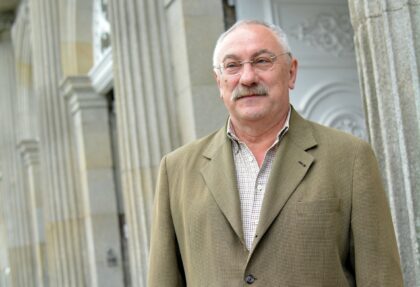