California inspired Sweden and the rest of the
world to take action against exhaust emissions. The Green Motorists hope that
California and the rest of the world will be inspired by the upcoming
eco-labels on Swedish fuel pumps. Arnold Schwarzenegger and influential Californian legislators have declared that they want to see similar labels on gas pumps in
California. 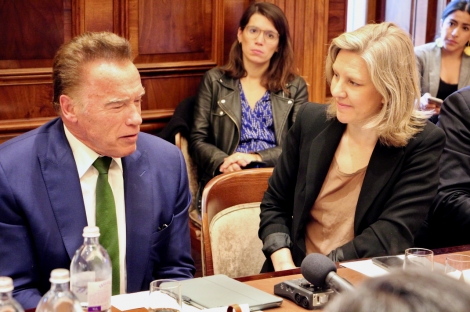 The climate crisis is global, and so are the fuel and car industries. International regulations are necessary to transform the transportation system and make it sustainable. But it is equally important that individual countries, states and cities take the lead and inspire each other.

In the seventies the Swedish car manufacturer Volvo invented the so called three-way catalytic converter, which removes 90 percent of the nitrogen oxides from the exhaust emissions. Thanks to this invention, California was able to introduce tough regulations on exhaust emissions in 1977. More American states followed, and since 1981 such catalytic converters are found in all new petrol cars in the U.S.

Requirements for catalytic converters were hotly debated in Sweden in the eighties. The proponents regarded them as an effective tool to stop the acidification that hit forests and lakes in Europe and North America. But the car industry predicted that they would raise the price of a car by almost a thousand dollars, and that their fuel consumption would rise. If Sweden took the lead in Europe our domestic auto industry would go bankrupt and thousands jobs would be lost. In addition, it didn’t matter what Sweden did since it’s such a small country. The acid rains swept in from other countries.

But these arguments were weakened by the fact that California had introduced similar requirements several years ago. And no industrial doomsday scenario had come true. In 1989 Sweden followed California’s example and catalytic converters were installed in all new petrol cars. The price rise was less than 100 bucks. The fuel consumption didn’t rise, rather the opposite. The economic gain due to better health and cleaner environment was calculated to three billion dollars in 2005.

The EU introduced corresponding exhaust emission regulations in 1992, and they have been successively tightened since. Nowadays virtually all petrol cars in the world are equipped with catalytic converters. The process that California started and Sweden brought to Europe turned out to play a global role.

From October 1st 2021 Swedish fuel pumps and charging stations will carry eco-labels showing the climate intensity of the fuel, together with its raw materials and their countries of origin. Sweden will become the first country in the world offering such consumer information. The bill was passed by Karolina Skog in 2018, as minister for the environment in the previous government, after a lengthy campaign by the Green Motorists.

During the R20 Austrian World Summit 2019 in Vienna Karolina Skog and the Green Motorists had the opportunity to talk to Arnold Schwarzenegger and a delegation from California about this subject. They want to introduce a similar system. The fact that Sweden managed to overcome the resistance from the fossil fuel industry may encourage California to do the same.

Labels on Californian gas pumps might focus more on the health effects of burning fossil fuels than the Swedish eco-labels. Major cities like Los Angeles are still suffering from poor air quality, and it was the smog that forced California to deal with air pollution in the sixties, thus becoming a role model for the world.

Karolina Skog emphasized that putting eco-labels on fuel pumps is just one tool of many in the toolbox. But if we drop it in the political sea the ripples on the water may spread, as did the introduction of catalytic converters in California in the seventies.

If the consumer power is released at gas stations in many countries it may help steer the global fuel market in a sustainable direction. Enlightened consumers may create a public pressure from below that paves the way for more radical political action at the top, such as finally putting an end to the sale of fossil fuels.

The most important thing is that Sweden has put a foot in the doorway, according to Arnold Schwarzenegger. Now he and his collaborators in California want to help open the door wide. The Green Motorists encourage European politicians to do the same and to establish the idea at the EU-level. 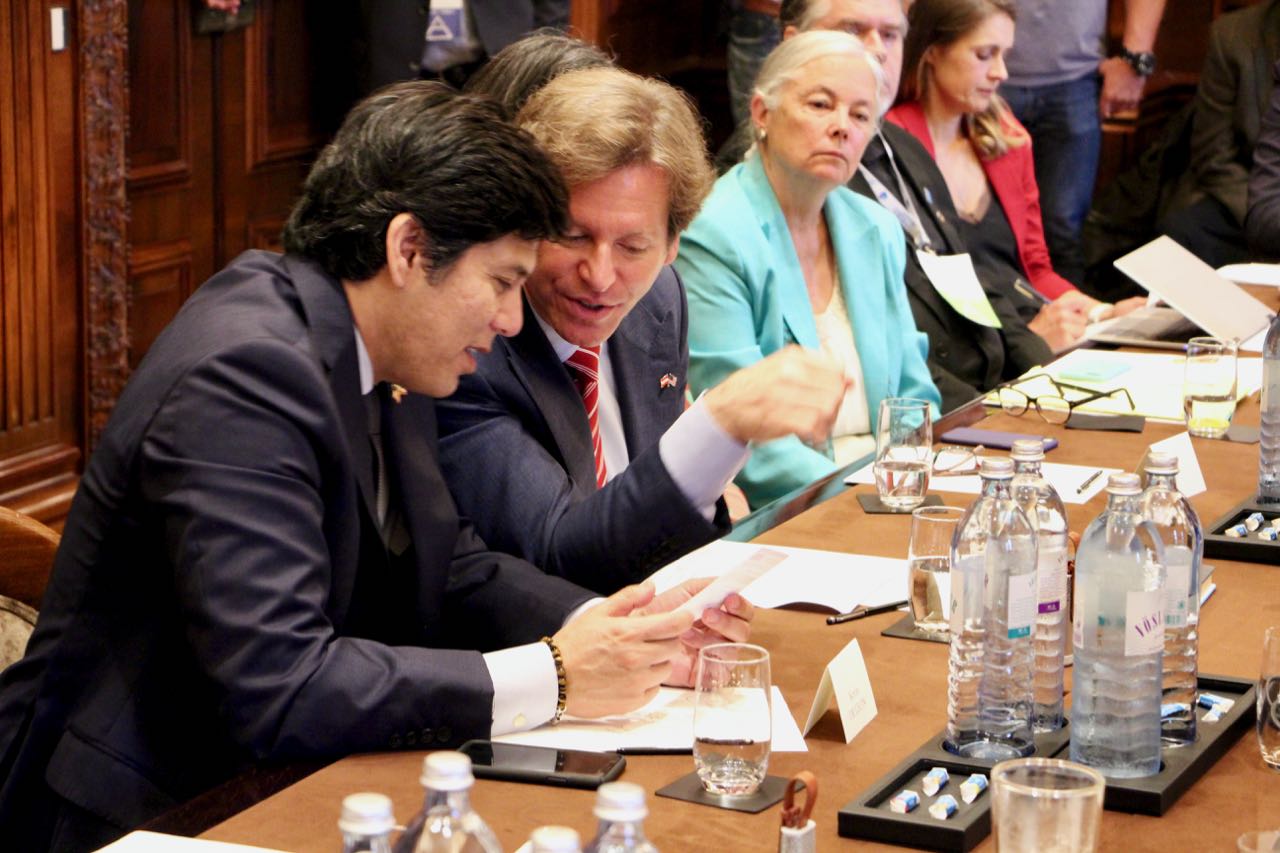 Kevin de León (left), president of the Californian senate until spring 2018, and Trevor Traina (center), ambassador of the U.S. to Austria, together inspect a draft of the upcoming Swedish eco-label, put together by the Swedish Energy Agency. To the right is seen Fran Pavley, former senator and perhaps California’s most effective environmental legislator. Photo: Alfred Andersson/The Green Motorists

This text is based on an article published in Green Motorists’ magazine Trafik & Miljö (Traffic & Environment), distributed as a supplement to the financial newspaper Dagens Industri (Industry Today) June 28th 2019.

Read more about the roundtable discussion in Vienna May 29th 2019 at the USC Schwarzenegger Institute webpage. Pollution: Making the Invisible Visible 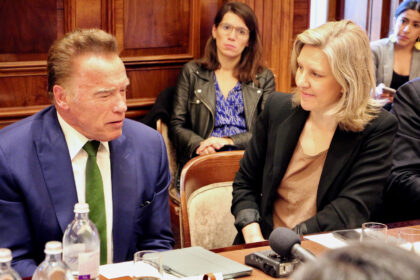 Someone has to take the lead