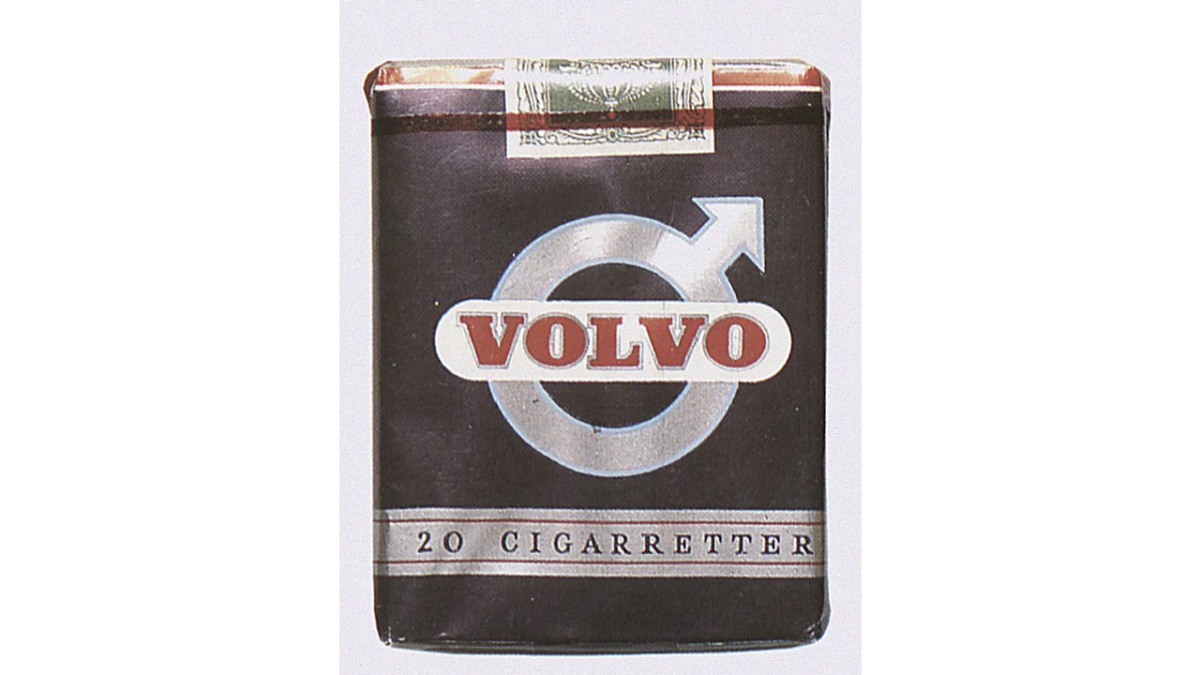 It is dangerous to burn tobacco and fossil fuels. But cars are useful, while cigarettes are not. Another difference: there is health information and warning labels on cigarettes packages, but nothing like that on fuel pumps – up until now. Next year, Sweden will be the first country in the world with environmental information on the pump. Cambridge, Massachusetts, may very soon become the first place in the world with warning labels.

From May 2020 there will be eco-labels on fuel pumps and charging stations in Sweden informing consumers about the climate intensity and the origin of the fuel or electricity. At this very moment the Swedish Energy Agency is finalizing the labels.

In October 2019 the city council of Cambridge, Massachusetts, approved warning labels on all gas pumps in the city, alerting consumers that burning the fuel contributes to climate change. The bill was introduced by vice mayor Jan Devereux, and it was her second try. The first attempt in 2016 was shot down. Right now an Ordinance Committee is deciding the details of the warning labels. The ordinance may go to the city council for a final vote 16th December, but it will probably happen early 2020.

There have been similar initiatives before in the U.S. and Canada. In the city of North Vancouver, an attempt to introduce graphic greenhouse gas warnings on the pumps ended up as lame labels encouraging people to pump the tires, and the like. The graphic warnings were proposed by the campaign group Our Horizon. But the local politicians gave in to the fuel industry, which was allowed to design the final version.

Previous initiatives in the U.S. have run into legal problems. The Think Beyond the Pump campaign has pending legislation since 2013 requiring climate change warning labels in the cities of Berkeley, San Francisco, and Santa Monica. However, The Western States Petroleum Association (WSPA) has opposed them as a violation of their free speech rights according to the First Amendment of the U.S. Constitution.

There is a parallel case where an ordinance by the city of Berkeley that forces cell phone retailers to tell customers of certain radiation risks was challenged by the industry group CTIA for the same reason. The Californian cities decided it was legally safer to wait and see the final judgement in this case before they proceed with the gas pump warning labels. The 9th December 2019 the Supreme Court rejected the challenge by the cell phone industry group. Hopefully, this means that the Californian cities now proceed with the climate change warning labels, and that more U.S. cities follow.

The industry challenges have been encouraged by a previous ruling by the U.S. Supreme Court. It stated that laws requiring the disclosure of specific information “may be as violative of the First Amendment as prohibitions of speech”. As a European outsider, this seems like the First Amendment turned upside down – from the “freedom of speech” to the “freedom of silence”. The City Solicitors in Cambridge have judged that their warning labels will likely be constitutional if the wording is “purely factual and uncontroversial”.

Sweden has also faced legal opposition from the fossil fuel industry. The Swedish Petroleum & Biofuels Institute (SPBI) argued that the EU granted the fuel companies the right to keep the origin of their fuels secret. The EU-commission responded, however, that this is not so. Apparently, the industry in all parts of the world plays the “freedom of silence” card whenever they get a chance.

The opposition from the fossil fuel industry is a rerun of the opposition from the tobacco industry to information and warning labels on cigarette packages. By pointing to the First Amendment, arguing for their “freedom of silence”, the tobacco industry has prevented graphic warnings on cigarette packages in the U.S. These American warning labels have not been updated since 1984, and are far weaker and smaller in size than in most other countries, including Sweden. A new attempt by the U.S. authorities to introduce more forceful warnings is underway.

A few years ago, the EU adopted a new Tobacco Products Directive. Warning labels have become larger and more drastic, but it is interesting to note that the so-called TNCO labels that disclose the tar, nicotine and carbon monoxide levels have been replaced by the overall message that “Tobacco smoke contains over 70 substances known to cause cancer”.

Simply put, there is now more emphasis on warnings than on detailed information; greater weight is put on the emotional than the intellectual message. The argument behind this priority is that detailed graded information may give the impression that it’s a good idea to choose cigarettes with lower tar or carbon monoxide levels. However, the best option is always to quit smoking.

Can the same argument be applied to driving? Well, we cannot quit driving altogether, even if we can drive less. Therefore, apart from warnings, it may be worthwhile to give information about better and worse fuels, to steer the market gradually in a sustainable direction. That’s one of the ideas behind the upcoming Swedish eco-labels. When it comes to fuels, there is black oil, but no innocently white alternative. Even electricity and hydrogen come in shades of grey; their sustainability depends heavily on how they are produced.

Excessive driving and excessive smoking have a similar cultural history in the decades after the Second World War, shaped in part by advertising by the car and tobacco industries. Even the countermeasures have a similar history, with efforts to curb driving lagging a few decades behind the efforts to curb smoking.

At the conference Mobility & Behaviour 2019, arranged by the Green Motorists, the cultural historian Ulrika Torell talked about the history of smoking in Sweden, as expressed in popular culture. Please listen to her, with the parallels to driving in mind. (You may have to enable English subtitles in the settings menu.)

“I come to an end with this picture of the cowboy. Very deeply rooted values were coupled to the cigarette in the twentieth century. They may also be associated to the car in the advertising of today. It’s not by chance, I think, that a cowboy on the prairie has personified these values, even though he comes in different guises at different times. Freedom, individuality and strength are the recurrent themes in the biography of these consumables. And the cowboy travels alone across the plains, meets adventure in the wilderness, and faces the risk.”

The above commercial where the Swedish soccer player Zlatan Ibrahimovic is winter bathing and hunting alone in the far north raised the sales of the “rough” Volvo XC models by 50 percent. The XC series includes a number of SUVs. The cowboy ideals clearly contribute to the persistent SUV trend that is responsible for the decreasing fuel efficiency and increasing CO2 emissions of new cars.

To turn this trend around, we have to be aware of the commercial interests that try to shape our minds. But is such awareness, aided by warning labels and consumer information, enough to create sustainable transportation? Of course not. Individual awareness, economical means of control, and regulations have to go hand in hand. That combination has already proven effective to limit the harm of smoking.

But it is reassuring to see how quickly the attitude to smoking changed just by raising awareness and spreading knowledge. Next target: the attitude to driving cars on fossil fuels.

Per Östborn, the Green Motorists