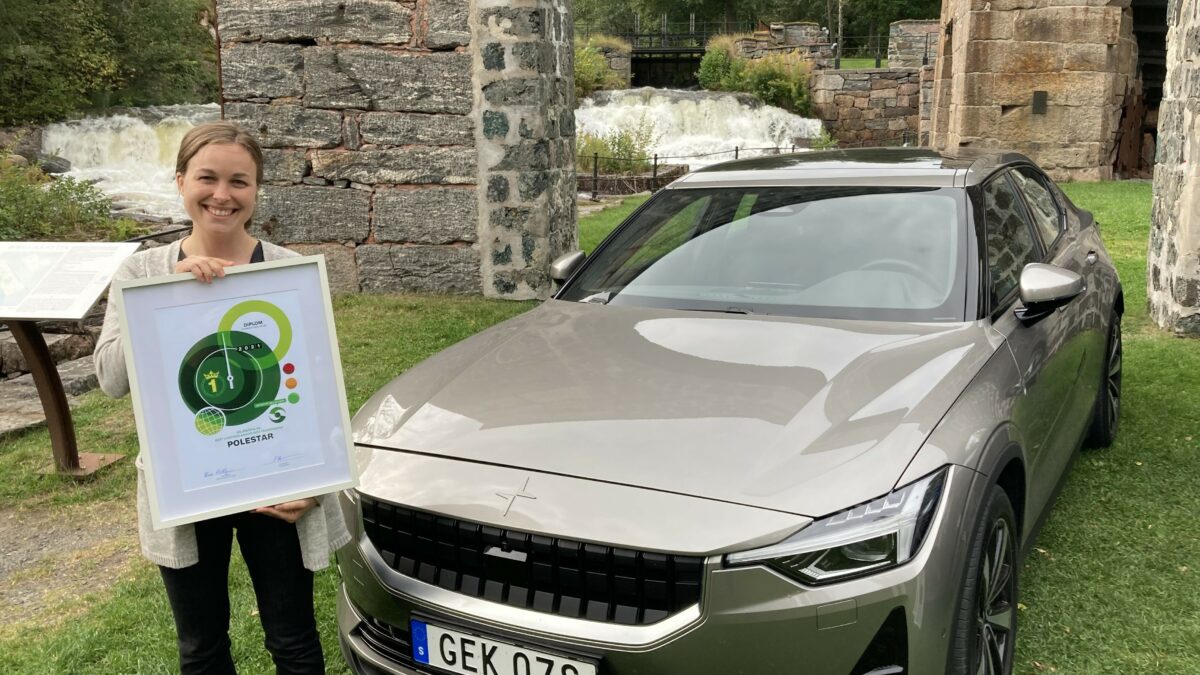 Up until now, the automobile and fuel industries have largely been able to hide their tracks when it comes to the origin and carbon footprint of their products. But times they are a-changin’. Here we put the spotlight on recent pushes for transparency.

Image: Polestar was awarded a prize in 2021 by Green Mobilists Sweden as the most transparent car manufacturer. Life-cycle assessment expert Frida Röyne shows the diploma. The prize ceremony was held at the ruins of a 19th century blast furnace. Polestar may soon use fossil-free steel, where the coal used in such furnaces is replaced by renewable hydrogen.

The Swedish Energy Agency recently presented a detailed proposal for mandatory ecolabels on new cars that include life-cycle emissions from manufacture and disposal (see below). No later than 2023 the European Commission shall evaluate the possibility of developing a common life-cycle assessment (LCA) methodology for cars and consistent data reporting.

The Commission has already proposed compulsory reporting of sustainability data and mandatory ecolabels on the batteries of electric cars. They will show the climate footprint of the battery and the degree of recycled material, among other things.

The US Environmental Protection Agency and the US Department of Energy have introduced a calculator for life-cycle emissions from electric cars and plug-in hybrids. In Europe, Green NCAP has recently launched a similar service for a wide selection of cars.

From October 2021, Swedish refuelling stations display ecolabels on the pumps, showing the climate intensity of the fuel in well-to-wheels perspective, together with its raw materials. A link is given to a website where countries of origin of these raw materials are listed.

The Committee on the Environment in the European Parliament recently suggested that information about the geographic origin and raw materials of biofuels shall be displayed at all refuelling stations within the EU.

Fossil fuels are less regulated than biofuels, and there is much less publicly available information about their origin. The Swedish Energy Agency estimates that 61 percent of the fossil transportation fuels used in Sweden in 2020 had unknown geographic origin outside the EU/EES.

– Yesterday, IS financed a brutal war with shadowy oil, today Russia does the same, says Stefan Andersson, Secretary General of Green Mobilists Sweden. What comes next? Transparency is a prerequisite to break the evil link between oil and war.

Already in 2011 the European Commission proposed that fuel companies should report all raw materials of fossil fuels and their countries of origin. However, the oil industry managed to convince almost all member states this would be too complicated. The proposal never came true.

Green Mobilists Sweden has argued for several years that this issue must be put on the table again. When Russia invaded Ukraine, 26 European environmental organisations, including one from Ukraine, demanded that the country of origin of the crude oil should be disclosed at refuelling stations, for consumers to be able to avoid Russian oil.

Later, in May 2022, the Swedish parliamentary Committee on Industry and Trade urged the Swedish government to push the EU to develop a regulatory framework for disclosing the origin of fossil energy.

– The larger the industrial sector, the more power to resist regulations and calls for transparency, says Jesper Johansson, President of Green Mobilists Sweden. However, automobile and fuel companies are beginning to realise that transparency is the only way forward.

Tesla has told Green Mobilists Sweden that they support the work within the EU to standardise LCA of cars, and the upcoming EU regulation concerning batteries and waste batteries. Polestar and Volvo Cars also support standardised LCA of cars and public disclosure of the data. They have published detailed LCA:s of some of their models and will publish LCA:s of all their upcoming models. In parallel they strive to reduce the climate footprint of their cars by measures such as using steel produced with renewable energy.

Scandinavia’s largest fuel refiner Preem asks for international rules ensuring that fossil fuels can be traced to their origin. They seek cooperation with other companies and organisations on this issue. Preem cut the imports of Russian oil drastically from 2019 to 2020, just in time to avoid being forced to disclose Russia as the main country of origin of their petrol and diesel on the Swedish ecolabels. 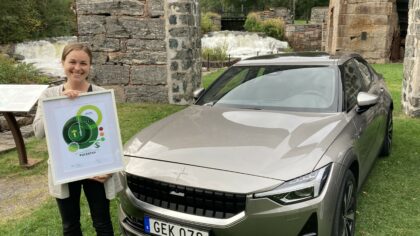 Release the consumer power in the fight for sustainable mobility